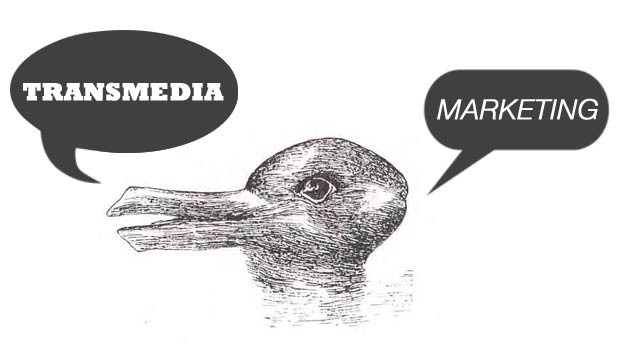 Transmedia gets a bad rap from some who claim it’s just disguised marketing. It’s easy to see why: both use everything from video, music, games, interactive websites, printed materials, and events to reach and engage an audience. But it’s a shortsighted comparison because it completely ignores intent.

If you go into Google docs and start typing a new document, does it matter if you’re writing a novel or a marketing strategy? The technology platform doesn’t care, but your intent determines what you end up creating.

Platforms don’t matter for transmedia, they only exist to tell the story. A transmedia project won’t be interesting simply because it uses multiple platforms, it’s interesting because of how it tells a story using those platforms.

Julie Keck & Jessica King created an interactive map of TILT: The Town that combined characters and landmarks from the film with fake homes and biographies of their Kickstarter backers. That’s transmedia. I was inspired by this for a film I made and created an interactive map that combined filming locations with screenshots in order to generate interest in the city where I filmed. As much as I want to pretend it’s a cool transmedia experience like Tilt, it’s marketing. Same platform, different intentions.

The confusion is exacerbated when the transmedia label is recklessly slapped on a marketing campaign. I’ve worked on marketing campaigns that combine video, mobile, print, and user-submitted content. Even though there was a consistent message, there was never any doubt that these were anything but multi-platform marketing. There is such a thing as using transmedia for marketing, but again it comes down to intent and how the message or story is told across different platforms, not just the fact that you’re using different platforms. (There are some inspiring examples of companies using transmedia marketing in Google’s Creative Sandbox.)

Here’s how we can help fix this: If you’re creating transmedia, don’t try to pass off your marketing activities as transmedia storytelling. Talking to your fans on Facebook might be a good way to build an audience, but that’s marketing. However, let’s say you decide to have a character interacting with fans on Facebook in a way that bridges the real and fictional world… that is transmedia.