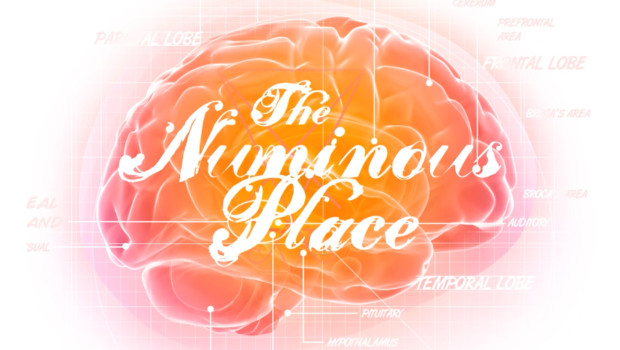 I had a chance to preview Mark Staufer’s supernatural thriller The Numinous Place, a transmedia project that feels like a puzzle with clues from a madman.

@ThisIsTM: Prior to the Numinous Place, what sort of writing were you doing and what made you decide to tackle a transmedia project?

I’ve arrived here out of necessity and the need to tell story in the best way possible. On the way I’ve been a journalist, radio announcer, TV host, producer and director, and most recently, a screenwriter. All these gigs prepared me well for The Numinous Place which is a supernatural thriller using all media to build the storyworld. I believe there’s still a lot of gimmickry surrounding transmedia, and by that I mean the technology and the excitement of using multi-platforms oftentimes come at the expense of the actual story. We’re still finding our feet, and discovering what works and what doesn’t. However, with The Numinous Place, my very clever design team at Brandwidth Innovation Labs has been careful not to overshadow the story with technology. Tech accentuates the narrative. Story should always come first—I liken this to the movie business. You can have the most awesome special affects imaginable, but if the story and dialogue suck, no amount of CGI is going to save the film. Right, The Matrix Revolutions?

@ThisIsTM: Aside from traditional fiction, the story is told with newspaper clippings, security cam footage, maps, comics, and videos. How did you decide which medium to use for each part of the story? Did you find yourself writing the story and thinking “This would be a good place for security cam footage” or did you know early on you’d use specific technologies and craft the story around them?

Because The Numinous Place is told ‘as real,’ using every type of media to create the storyworld was essential for authenticity. In other words, it’s a case of showing rather than telling. The protagonist Henry Meat recounts his story about a vast conspiracy and backs his claims up with newspaper and online articles, recordings and video evidence. It allows for a powerful emotional attachment by the reader that goes beyond the usual ‘words on a page.’ One of the main fears of traditional publishers is that mixing media—text, audio, video, etc.—could take the reader out of the story. But that’s an incredibly old-fashioned view. The fact is, every single one of us experiences the world in a multi-stream way; our brains multi-task and filter information and entertainment constantly as an essential part of our day to day reality. In terms of using the different media elements and artifacts in The Numinous Place, there’s definitely a skill to getting the cadence and flow correct—it came down to trial and error in a dark room for five years until I got it right.

@ThisIsTM: How did you coordinate the production of the other elements, such as shooting videos, drawing graphic novels, creating web pages, etc? How did you find people to collaborate with?

Build it and they will come… It was a bit like that. The Numinous Place is a quadrilogy of books and therefore an epic project to coordinate and construct. Although I’m determined to do as much of the creative as possible, there’s obviously a bunch of stuff that is beyond my purview. Initially when I completed the blueprint for Book 1, I was going to approach publishers, but instead I sent it out to the top 20 or so digital agencies in the world. Dean Johnson and his team at Brandwidth in the UK were light years ahead of everyone else when it came to realizing the potential of the storyworld. I’ve also brought in two brilliant artists, Larry Soileau and James Backhouse to work on the comic and other design elements, a photographer Briana Ryan, the immensely talented maestro Walter Werzowa and singer Alicia Merz to create the soundtrack (here’s The Numinous Place theme song: https://soundcloud.com/birdsofpassagemusic/the-numinous-place), and then there’s the actors and production side. My wife Sarah Backhouse runs the production side—she has her hands pretty full with her own business (future360.tv), but so far it’s worked supremely well. I love the collaborative side of trans/multimedia—it’s something I’ve gotten used to working in the film industry. The more minds the better.

@ThisIsTM: One intriguing element of the app is a feature that evokes lucid dreaming. How did that idea come about and how does it work?

The narrative backbone of The Numinous Place is the profound connexion between the dreamworld and the afterlife. Lucid Dreaming—becoming conscious while you’re asleep and then controlling your dreamworld—has been practiced since ancient times. The Egyptians and Greeks did it, and the Bon Buddhists in Tibet still practice what they call Dream Yoga to prepare themselves for the bardo afterlife. Our LD consultant Dr. Rory MacSweeney has developed some fairly revolutionary methodology that we’ll be revealing and readers can choose to learn the practice along with characters in the story. The potential for this is enormous, not only in the spiritual realm. We’re also looking to partner with a gaming company to develop a game where some of the action actually takes place in the dreamworld. I realize how ‘Total Recall’ this all sounds, but there have been some major developments with both neurotech and supplements that make this SF scenario achievable. And soon. I believe within the next 50 years humankind will be living and learning in the dreamworld as much as this waking reality.

@ThisIsTM: What were some of the challenges you faced creating a story for transmedia that you didn’t anticipate when you started, and how did you work through them?

Multimedia and transmedia certainly add a few more balls to the juggling act, but the question remains the same for the creator since the beginning of time: What is the best possible delivery system available for the particular storyworld you are trying to create? Some stories simply don’t suit transmedia and shouldn’t be shoehorned into it. For The Numinous Place it was a natural fit—multi/transmedia heightens the experience and adds a level of authenticity that’s just not available as first person narrative in a printbook.

@ThisIsTM: If you told most people you were working on an immersive transmedia project, they’d probably give you a blank stare even though they might be very interested in the story. So how would you describe The Numinous Place to someone in line at the grocery store?

You’ve highlighted one of the real problems for those who are trailblazing in this arena—most people’s eyes glaze over the second you mention transmedia. Unless they’re the geeks at Brandwidth. It’s a bit like Gutenberg explaining his wonderful new contraption to a bunch of anchorite monks. This is one of the reasons I always pitch the story, rather than the technology. It’s still the story that’s most important, no matter what format it’s delivered on. The digital revolution hasn’t penetrated publishing as yet, and that’s one of the reasons The Numinous Place will also be available in printbook—readers can then choose whether to access the multimedia elements by swiping their smartphones, or they can simply read the transcripts of the audio and video if they’re uncomfortable with the digital aspects. Probably the grocery line conversation would go something like so:

ELDERLY CUSTOMER: “What do you do for a living, young man?”

ELDERLY CUSTOMER: “Oooh, lovely. What are you writing, then?”

ME: “I’m working on an epic supernatural thriller about science discovering the afterlife and uncovering a terrible secret about humankind’s origins.”

ME: “Four books. And I tell the story using all different types of storytelling techniques like movie clips and newspaper articles and phonecalls.”

ELDERLY CUSTOMER: “And will the app be available on both iOS and Android?”

Interviews
One comment on “Interview: Mark Staufer on Creating “The Numinous Place””